Start the day with the full-blown flavor of PEBBLES™ cereal and amazing things can happen! YABBA DABBA DOO!™ something great today!

PEBBLES™ cereal rocks! Amazing flavors, crispy crunchy rice, and iconic characters all come together perfectly to create a timeless breakfast classic. Fruity, Cocoa, and our special limited edition flavors have been making mornings more fun for kids and grown-ups alike for over 40 years.

A re-introduction of Post’s Sugar Rice Krinkles, Fruity and Cocoa PEBBLES™ cereals were released nationwide in 1970 after the brand secured licensing rights to the beloved Hanna-Barbera characters. One of the most revered cartoons of all time, The Flintstones aired from 1960-1966, and they have returned in countless specials and films. PEBBLES™ cereal, named for Fred and Wilma’s daughter, was the first brand ever created around a media character. 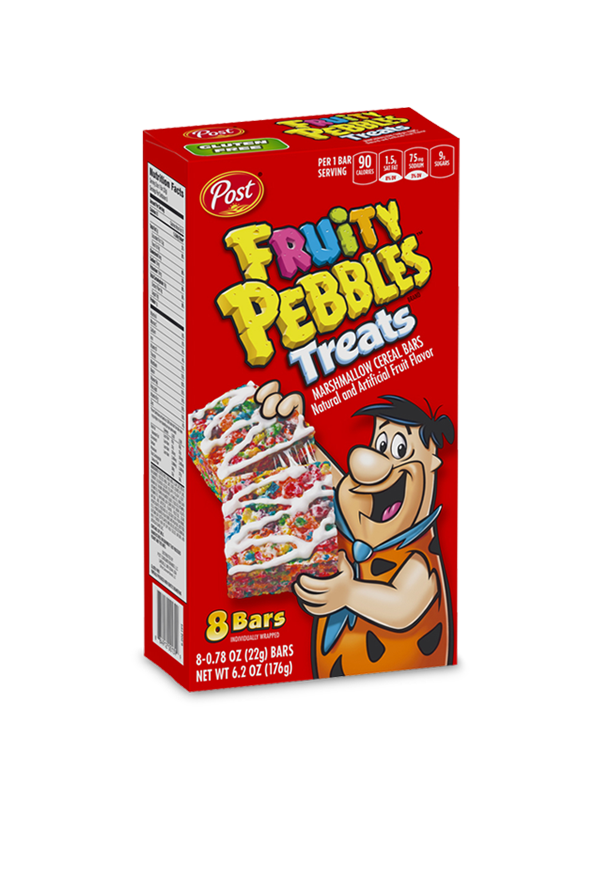